You are here: Home / How To / 4+ Sample Character Reference Letter To Court

A Character Reference Letter is provided to a Court as evidence about the moral background of a person who has been charged with an offence. So here we are going to provide you with some character reference letter for court templates which you will find useful in providing a character reference for a person close to you.

A character reference letter for a court is written for a person who has broken the law. It is not necessary to be written by a person holding some important position in the government or in society. He or she can be a friend, co-worker, family member, etc. of the person charged with the offence. The purpose of writing the character reference letter for court is to provide the court or Magistrate your perspective about the person so that they can take a fair and a balanced decision while deciding the penalty against the person charged of the offence.

How To Write a Character Reference Letter For Court

A Character Reference Letter is written to the Court or magistrate when a person has committed a crime or have violated a traffic rule. It is based on the principle of fair justice and that everyone has the right to be heard in the Court of law. A well-written character reference letter has the capability to impact the penalty decided by the Court of law. It helps a person to present the positive attribute of a person before the Court and provide a deeper insight into their personal lives.

While choosing a person as a referee for writing a Character Reference Letter for you, it is important that you choose a person who is close to you who would be able to explain all the aspects of your character clearly to the Court. So you can choose from among the following people to write a Character Certificate Letter for you:

The purpose of writing these letters is to basically get a written statement from a person you know very well to let the Court know about your moral cores and values. These kinds of letters are commonly provided in child custody, drunk driving cases, or any other case which can malign the defendant’s reputation and requires proof of the defendant’s character.

It is very important to select the correct person as your referee while writing your Character Reference Letter. In most of the cases, it is preferable that you choose a person who has known you for a long period of time. For instance, it is the best that you choose someone respectable and someone who has seen you grown as a person such as a teacher.

Here we have provided some situations where you must carefully choose the person as a reference for your character to the court:

Drunk Driving (DUI) Cases: In case you have been charged with a DUI offence, then you need to select a reference who has known you for a long period of time, such as a family member or your employer, who can state how important you are to them.

Child Custody: If you are in a midst of a custody battle for your child with your ex-spouse, then it is advisable to choose someone who has observed you closely with your children, and has known you for a quite a long period of time. For instance, you can choose a psychiatrist who can have a tremendous influence in such situations.

So if you are searching for some Examples for Character Reference Letter for Child Custody, then you can find some examples here for reference.

The charge for possession for the drug is a serious offence, which is dealt with by the criminal court. For writing an effective reference for the charge of possession of drugs, the following points must be kept in mind:

A character reference is an important legal proof about the defendant’s moral and personal background. Hence it is a very important document which can be produced before the court of law in order to reduce the quantum of punishment which is otherwise decided by the Court of Law for the offender.

So here we have provided you with some samples of Character Letter for court which will help you understand how to write them and some important points to be kept in mind while writing them. You can also download then in PDF and Word format and edit them according to your preference.

A Character Reference serves a useful purpose in cases where a person has been charged with an offence where he/she needs to provide proof about his character and moral in order to reduce the quantum of his/her penalty. So here we have provided you with all the types of Character Reference Letters which you can use as a reference and learn to write a professional Character Reference letter. If you have any doubts, you can let us know in the comment section below, and we will be happy to help. 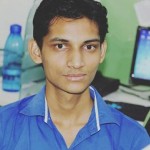